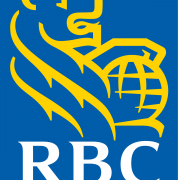 We get this question a lot. Is it halal to work at a bank? If we are talking about an Islamic Bank, of course. You can work there with no problem. If we are talking about a conventional bank that is where problems may arise. Some of the more strict scholars of Islam have outright said that working at a conventional bank is impermissible for a Muslim. We totally respect that opinion and if you tend to follow more strict rulings on other matters you might as well follow this one too.

Another opinion is that you can work at a conventional bank provided your role at the bank is a halal one. What does that mean? If your role at the bank is in any way tied to riba or other haram transactions then it is not permissible for you to have this job and your income is NOT halal. So you could not have a role as someone who sells bank credit cards, mortgages, or other interest-based loans. You also, would not be allowed to have a position where you construct/ create interest-based financial products.

“Jabir said that Allah’s Messenger (ﷺ) cursed the accepter of interest and its payer, and one who records it, and the two witnesses, and he said: They are all equal.”

On the other hand, many scholars have said you can have a job at a conventional bank that does not involve you promoting anything haram. For example, you could be  a bank teller helping customers withdraw and deposit money. You could work in human resources and help with the hiring of staff, you could work in management helping organize personnel. These positions are likely to be halal and you do not have to do anything riba-based.

It is certainly a safer choice to work in another industry or for an Islamic Bank. However, It does appear there are a few ways to work at a bank and have your income be halal.

The information contained herein is for Manitoba, Ontario, Alberta, BC and Saskatchewan residents only and does not constitute an offer to sell or solicit sales in any other Canadian or Foreign Jurisdictions. Mutual Funds are available through Global Maxfin Investments Inc. Insurance Products, Segregated Funds, HISA and GIC available through PPI Inc Financial Planning Service available through Jesse Reitberger This publication contains opinions of the writer and may not reflect opinions of Global Maxfin Investments Inc. The information contained herein was obtained from sources believed to reliable, but no representation, or warranty, express or implied, is made by the writer or Global Maxfin Investments Inc. or any other person as to its accuracy, completeness or correctness. This publication is not an offer to sell or a solicitation of an offer to buy any of the securities. The securities discussed in this publication may not be eligible for sale in some jurisdictions. If you are not a Canadian resident, this report should not have been delivered to you. This publication is not meant to provide legal or account advice. As each situation is different you should consult your own professional advisors for advice based on your specific circumstances.

Why is our advice simple?

Do I Need Life Insurance?
Scroll to top